Yasmin loves a good debate on just about any subject but brace yourself if you choose gender equality or anything that challenges the wellbeing of animals, especially her first born, Lucky. 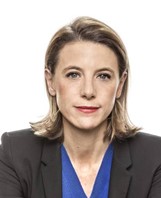 Marie is a French avocat and a partner at August Debouzy. Marie advises French and international clients on international arbitration and business litigation matters and has extensive experience in post-acquisition disputes. Marie also has significant sectoral experience having advised numerous clients in the aeronautical and defence, chemical and pharmaceutical industries.

José is former Deputy Secretary General of the ICC International Court of Arbitration. While at the ICC, he oversaw thousands of arbitrations worldwide and played a key role in revising and implementing the 2012 and 2017 ICC Arbitration Rules. Previously in his career, he assisted Judges Rezek and Kooijmans at the International Court of Justice in The Hague and worked for the legal advisor to the President of the Dominican Republic.

A founding member of Paris Arbitration Week, José is also Vice-Chair of the ICC Commission and ADR and Vice-President of the Latin American Arbitration Association (ALArb), among other institutional roles.

José is a proud husband and father of two. He is passionate about multiculturalism, loves the sea (Caribbean, Baltic and Mediterranean in particular) and enjoys dancing Dominican music. 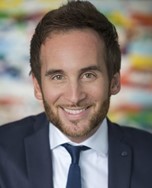 Raphael is a partner at Teynier Pic who specialises in commercial litigation, international arbitration and alternative dispute resolution (ADR). Raphael is admitted to the Paris and New Bars and is a French national.  Raphael regularly represents clients in domestic and international arbitration, in both institutional (mainly ICC and ICSID) and ad hoc arbitration procedures. Raphael also represents clients in institutional and ad hoc mediations and conciliations.

On top of his professional activity, Raphael is also a father of three and used to be a semi-professional musical singer (Les Misérables, Notre Dame de Paris, les X Commandements, Chance!, etc.).

Ioana is a partner at Jeantet and specialises in international commercial and investment arbitration. Ioana is acting both as counsel and arbitrator (sole and party-appointed). Ioana has particular expertise in the CEE region and is also heading the Budapest office as well as the firm’s operations in neighbouring jurisdictions (Romania, Serbia, North Macedonia, Albania, Bulgaria, Croatia, Czech Republic). Ioana is Romanian, is admitted to the Paris and Madrid bars and is registered as European lawyer in the Budapest bar.

Since 2020, Ioana is also a member of the Paris Arbitration Week Organising Committee. She currently acts as ICC YAF representative and is a founding member of the Romanian chapter of the Club Espanol de Arbitraje (CEA). Her PhD was published with the title « The Fair and Equitable Treatment Standard in International Foreign Investment Law » published by Oxford University Press and is a reference in the field of international arbitration. Ioana regularly teaches (currently at the Hertie School in Berlin, is invited as peaker and publishes in the field of international arbitration. 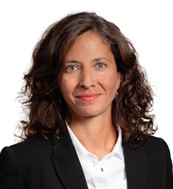 Marily has previously held roles in various arbitration organisations and is a member of the Paris Arbitration Week Organising Committee since 2020. She teaches at the Faculty of Law of the University of Athens and regularly publishes and speaks at conferences in the field of international arbitration. Marily is admitted to the Athens Bar and to the Paris Bar.

A mother of two, Marily loves exploring the world with her family and spending a good amount of time under the Greek sun. 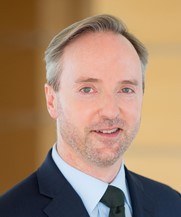 Peter (Partner, Reed Smith) is a dual-qualified French avocat and English solicitor with nearly 30 years’ experience of international commercial and investment arbitration. Peter focuses on fields of: engineering, construction, energy and infrastructure, as well as telecommunications, satellite manufacturing and commercial disputes. He has handled arbitrations under the rules of major international arbitration institutions across the globe. He also sits as arbitrator and acts as project counsel, assisting clients with monitoring, managing and minimizing risk on claims and disputes.

A Fellow of the Dispute Board Federation, Peter is also actively involved in Paris, Home of International Arbitration (Secretary General) and the Association Française d’Arbitrage (Board member) as well as being one of the founding members of PAW. Peter has co-chaired Global Arbitration Review’s (GAR) Live Construction Disputes event since 2019 and lectures on dispute resolution and international construction contracts at Université Panthéon Assas (Paris II) and at Sciences Po. 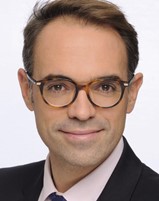 Apart from arbitration (and PAW), Clément loves history, has three young children to whom he can talk about history, is a ski addict and spends his summers in Greece. 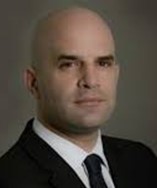 Alexander is a member of the Paris Arbitration Week Organising Committee. Alexander read law at the University of Athens, Greece having specialized in international commercial transactions and conflict of laws. Alexander was also the editor-in-chief of the Revue hellénique de droit international. Alexander is admitted to the Athens Bar and speaks English, French and Greek.